CBD For Cancer, Does It Work?

Despite decades of research, allopathic medicine has yet to find a drug that will definitively eradicate cancer from our lives. Although many pharmaceuticals have been researched for their effectiveness in stopping cancer from spreading, the spotlight is now turning to cannabinoids like CBD, which is showing promise as a possible drug alternative that may reverse the disease.

A recent animal study, which was published in the journal Oncogene showed that mice with pancreatic cancer who were treated with a combination of CBD and chemotherapy survived the disease nearly three times longer than their counterparts, who only received chemotherapy by itself.

CBD, or cannabidiol, is found in the Cannabis sativa plant, which is more commonly known as marijuana. This chemical plant compound is also found in great numbers in hemp, which is a variety of cannabis that has been bred to remove all traces of the psychoactive compound THC.

CBD has already been shown to be an effective treatment against the side effects of chemotherapy, such as nausea and vomiting. However, the latest mice studies are leading scientists to justify testing in human trials, based on the research which uncovered the possible anti-cancer benefits of CBD.

“Cannabidiol is already approved for use in clinics [in the UK], which means we can quickly go on to test this in human clinical trials.”

Human studies involving CBD for cancer have previously been met with obstacles in the U.S., because CBD that’s derived from marijuana is considered a Schedule 1 illegal substance under federal law. Progress has been made on two fronts however, first with the FDA approving a CBD-based drug that treats a severe form of epilepsy, and second, the passing of the 2018 Farm Bill, which made hemp-derived CBD legal.

In terms of overall survival rates, pancreatic cancer is among the deadliest in the world. The highest incidence of this type of cancer occurs in developed countries such as the U.S., and it’s the 12th most common form of the disease globally. According to the American Cancer Society, the one-year relative survival rate is only 20%, whereas the five-year survival rate comes in at just under 7%. Those numbers encompass all stages of pancreatic cancer combined.

Despite technological advances, those diagnosed with pancreatic cancer have a gloomy future at best. In a press statement, Dr. Falasca had this to say about cancer survival rates:

“The life expectancy for pancreatic cancer patients has barely changed in the last 40 years because there are very few, and mostly only palliative care, treatments available. Given the five-year survival rate for people with pancreatic cancer is less than seven percent, the discovery of new treatments and therapeutic strategies is urgently needed.”

Thus far the promising studies on CBD for cancer haven’t been replicated in humans, but the results underscore the importance of continued research on the CBD plant compounds.

Other studies have linked cannabidiol to the reduction in symptoms of ailments such as migraines, fibromyalgia, depression, anxiety, stress, asthma, seizures, and Multiple Sclerosis to name a few.

It is clear that the more we learn about and study the potential healing benefits of CBD compounds, the better the understanding researchers will have have in developing the ways in which CBD can be used most effectively. The decades of research that has been blocked by the legality of CBD has finally been removed. With anecdotal evidence on the safety of CBD having been established by consumers who regularly purchase and use products from brands like Medterra or BlissHerbal, the true cure for cancer may very well be just on the horizon. 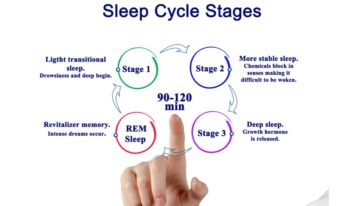